Presenters share their love of the written word with students, faculty and the community. 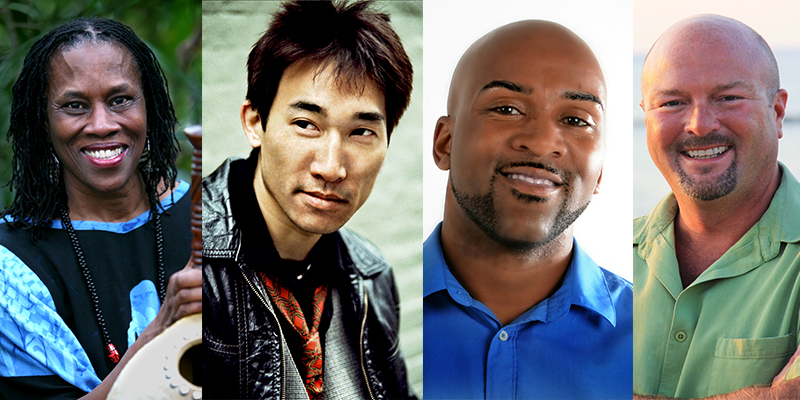 The master storyteller, narrator and librettist will deliver her animated presentation at 12:30 p.m., on April 2 at the Virginia Beach Student Center, room K-320.

“Discovering Identity” is the theme for the annual literary festival. All events are free and open to the public.

Philadelphia’s Alston often combines the sounds of traditional instruments, such as the djembe, mbira, shekere or the 21-stringed kora, with her own melodic voice to engage her audience. She has appeared at Carnegie Hall, the Smithsonian Institution, John F. Kennedy Center for the Performing Arts, the National Storytelling Festival and the National Black Storytelling Festival.

Others reading at the festival are:

Norfolk’s own Hause has been an LGBTQ advocate since 1989. He has been involved with Hampton Roads Pride, Hampton Roads Business Outreach, the LGBT Life Center and Outer Banks Pridefest. He and husband Andrew Roberts publish Outwire757.com and Outlife757 magazine, Coastal Virginia’s LGBTQ media, as well as the Coastal Virginia Gay Wedding Showcase.

Dubbed the Chinese-American Bruce Springsteen, the singer has produced 13 independently released CDs, including “Leaving the Lights On,” which confronts identity, relationships, history, family and racism. So launched his career in the early ’90s when he appeared on Fox TV’s “Big Break.”

The New Orleans-bred and Washington, D.C.-based hip-hop artist, slam poet, producer, screenwriter and veteran middle and high school teacher connects with audiences thanks to his knack for satire. Anderson published his first collection of poetry in 2001, “Droopy: Dat Boy’s A Fool,” through his company Broke Baller Enterprises.

TCC faculty members and students will also read from their original works on the following dates and times: